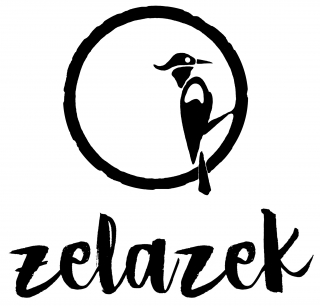 I was born in 1979. From an early age I was interested in sculpture and music. I live in Krzewencie in Kujawy, in my family region. I make drums and play drums. I have such instruments as shaman drums, frame drums, bendirs, congas, djembe, bass drums, taiko, riqs and various tambourine. When I do not play myself, my drums play in the world - near the fireplaces, in the houses, on the stages, in the recording studios ... I like it very much.

I've been playing drums since I was 14 years old. As I remember I always played for people, ie. there was someone who needed me to play. Similarly, it was the making of shamanic drums - when I made the first one, there were a dozen people who wanted me to make a drum for them. It was an impulse for me to start doing drums. It was similar to playing. I played for people and people wanted me to play for them. Sometimes it had a spiritual dimension and sometimes it was fun.

I became interested in drums due to the artistic activity of Jurek "Słoma" Słomiński. For many years, his way of playing drums was a direction for me. My teachers of playing percussion instruments were or still are, on drums - Piotr Biskupski, on congas - David Saucedo Valle, Nikodem Bąkowski, Raynaldo Cuza, on the frame drums Murat Coskun, Andrea Piccioni, Philipp Kurzke, Tayfun Ates.

From Paweł "Pablo" Myczkowski, I learned how to make drums. After the first period of study, we established a permanent cooperation, which in various forms continues to this day. I am very grateful to him for all the tips he gave me.

In addition to making drums and playing on them, I share my life passion during the workshops of playing drums and making drums. For several years I had my workshop studio in Warsaw and now in my place in Krzewent. Also I lead workshops in different places in Poland for educational and bussiness sector.

Below is my favorite recording that my son Franek made about six years ago.